started a topic 5 months ago

How do I get the options to show up in my word quote layout.

I can get the options to show in my layout done in layout designer, but not my word layout template

I will take screen shots of a test quote. 1 printed using the layout designer file, and 1 using my word template. I will also include one of the word layout itself.

I am trying to make the Optional items show up in the word layout similarly to how they do in the deligner template. 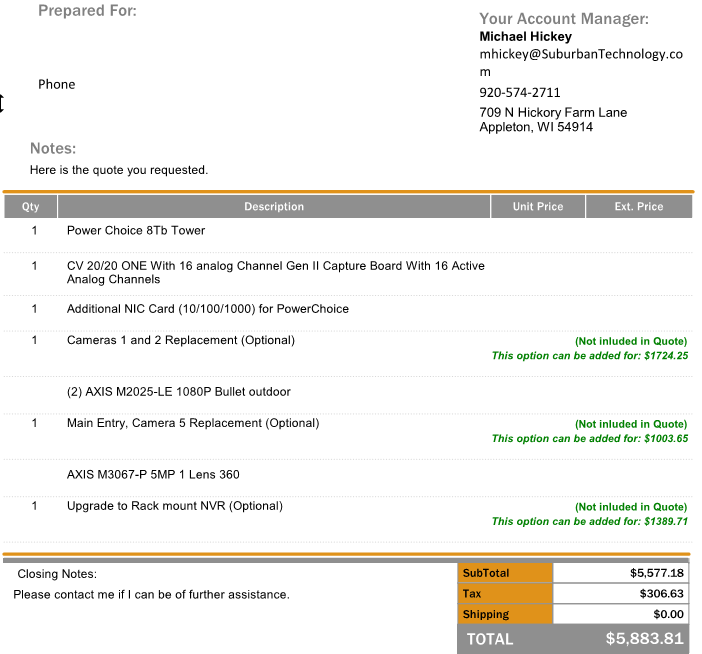 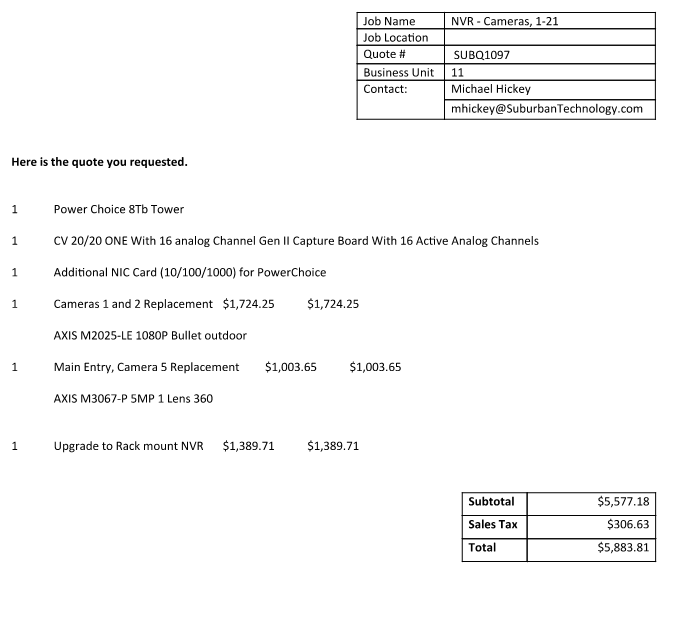 Presenting options in the Word document is much more tricky than in the layout designer. I don't think I've ever tried since wrestling for multiple hours with it at one point many moons ago.

I tried, and ended up giving up, trying to get options to display nicely in the Word formatted documents (probably lost 10hrs of time in that).

Really the problem is internally.

My division is part of a larger company that has other divisions and they do not use quoteworks for their estimating. They use another estimating software, then hand write a proposal in MS Word, then convert to PDF before sending out to bid.

About half of my proposals are sent internally to another division and they are needing a formatting that matches theirs so they can just cut and paste my portion into their proposals. That is why I am trying to make this word formatting work but, like you Matt, I have beat my head against the wall for hours and have gotten it to the point it is at. The only thing I haven't been able to figure out is the Options, which unfortunately are in more proposals than I would like.

The only real solution is to 'tag' the optional items (this can be scripted), so they're clearly 'different' from regular items. Tagging it with something like "Optional" into a CustomText field. You can then split out the regular vs optional items and have them formatted differently.

It's a little faff to set up; but does give the end result you want - noting that the optional items will be placed separately in the document from the regular items..

I may give that a try, but that would require some customization of the parts within the quote each time I have one with Optional parts correct?

Yes, the document would need to be told what is a regular vs an optional item.

You'd need to manually tell it, or it could be scripted to do that automatically.

I've had lots of scripts written for this type of scenario.

Scripting the captions to appear is a great idea (but does rely on having the Corporate edition). Another idea (not ideal, but would address the issue) could be an Excel spreadsheet linked to the QuoteWerks database which could grab the information into Excel for your colleagues to then paste into Word...